Pasha Cas, street artist from Almaty, Kazakhstan, received The Sergey Kuryokhin Award, one of the most prestigious prizes for achievements in contemporary art. The artist dedicated his award to the arrested Almaty activists Asya Tulesova and Beibarys Tolymbekov, as well as cinematographers Suinbike Suleimenova, Aidos Nurbulatov and Aigul Nurbulatova who had been fined for filming the process. 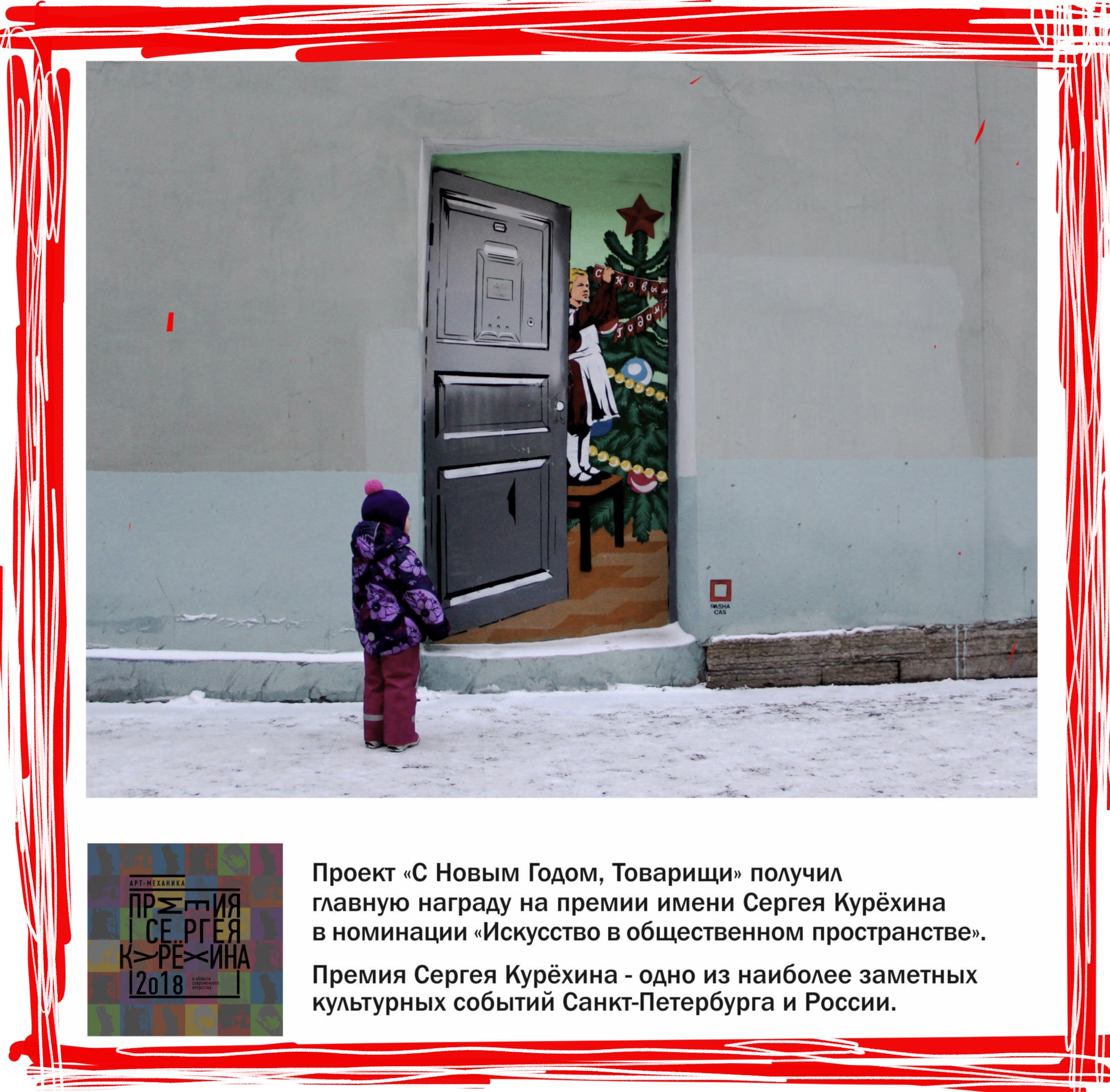 Pasha Cas was nominated and awarded in the category of Art in a Public Space for the artwork he had created in Saint Petersburg, Happy New Year, Comrades!. The Sergey Kuryokhin Award was founded in 2009. Pasha Cas is the first Kazakhstani artist to win this prize.

The artist announced his win in a Facebook post where he thanked Petersburgers and shared the hope that “the government would let artists express themselves without an approval and would stop banning and destroying art.” Pasha Cas dedicated his prize to the five young activists and filmmakers from Almaty who had been detained by the police and sentenced to administrative punishments.

I would like to dedicate this prize to my compatriots and fellow artists, Asiya Tulesova and Beibarys Tolymbekov who a few days ago, in Almaty, were detained and sentenced to serve 15-day prison terms for holding a banner which read, “You cannot run from the truth,” and the detained cinematographers Suinbike Suleimenova, Aidos Nurbulatov and Aigul Nurbulatova.

It is important for me that Asiya and I are both concerned with the environmental issues.

I think that their way of expressing their opinions can be considered art in a public space that raises timely matters! And people should be given awards for art; not arrested.

We’re with you, guys. Hold on!

On April 21, during the Almaty marathon, activists Asya Tulesova and Beibarys Tolymbekov held a banner which read, “You cannot run from the truth,” above the hashtags #AdilSailayUshin (“For Fair Elections”) in Kazakh and #УМеняЕстьВыбор (“I Have A Choice”) in Russian. The activists were detained by the police. Suinbike Suleimenova, Aidos Nurbulatov and Aigul Nurbulatova, camera operators who were filming the process of unfolding the banner and the arrest, were detained as well.

According to the detainees themselves and human right advocates, the activists and filmmakers were subjected to pressure and violation of fundamental human and civil rights: they were interrogated without a lawyer, deprived of water and food for several hours, and other violations.

This article is being published while Asya Tulesova and Beibarys Tolymbekov are serving the third day of their 15-day arrest. Therefore, Pasha Cas’ message will be mailed to the activists to the administrative detention facilities in Almaty.