The Ilkhom theater under the threat of closure

The Ilkhom theater in Tashkent, founded in 1976 by director Mark Weil, is now facing the threat of closure due to the change of the owner of Shodlin Palace Hotel building where the theater's premises are located. Ilkhom is the first independent theater and the key art institution in Central Asia.

In their statement of February 10, the theater's team described the situation in detail and called upon the local and international community to help them save the legendary theater:

“On February 7th 2020, the theatre received a letter from the new owner of the Shodlik Palace Hotel, OOO “OFELOS PLAZA”, asking the theatre to vacate the premises.

Losing the space provided by the government to the founder of the theatre, Mark Weil, in 1976 is, in essence – a death sentence for Ilkhom.

From a legal perspective, we are unable to make any claims; we do not own the space. After the space was privatized in 1994, the theatre has been using it free of charge. It was agreed upon with the former owner of OAO “Shodlik” that the space was to be rented to the theatre until 2023, with an automatic extension of that deadline for 10 years.

The Ilkhom Theatre of Mark Weil is not a commercial theatre. All of our audience members know and understand this. The theatre has never, and still does not receive any federal funding. The theatre does not have the means or opportunities to purchase a new space and recreate the theatre there from scratch. The loss of this space also means the loss of the entire repertoire of plays specifically created for the Ilkhom stage, including the legendary productions of Mark Weil himself.

Today, Ilkhom is a center of contemporary art and is globally recognized as such. It not only provides for the people of the theatre – the actors, administration, musicians, artists, photographers, choreographers, directors, but also contributes to creating a cultural scene of the city and serves its community. The theatre’s school is sought out for its unique teaching method by students from Europe and the United States.

Yes, today the building belongs to private landlords. But it was built by the community, using shared funds, and it was the community who provided the space for Ilkhom in 1976. The theatre has survived some of the most challenging times in the history of Uzbekistan. In 2007, Mark Weil was tragically killed. But we have continued to look forward to the future with courage and optimism.

In 2017, the court revoked Shodlik’s 1994 privatization. The building returned to the ownership of the government. But as it was passed along to future landlords, nobody stopped to consider the fate of this unique theatre. It is devastating to come to the realization that in the new country, which we began to build a few years ago, there is no space for the theatre.

We would like to ask the residents of the city, as well as the government: Is Tashkent truly so rich with spirituality and culture that it can afford to dismember one of its best theatres? Is the new hotel complex or business center really worth this sacrifice? We believe the answer is no. Our city needs the Ilkhom Theatre.

We call upon the governing forces of Uzbekistan to pay close attention to us and help us save the theatre. We call upon our audience, colleagues, friends, journalists, diplomats and the international community to help us save this unique and magical place. We can only be successful with your help.

It is time to determine the fate of the Ilkhom Theatre and answer the following question – does Tashkent need us?

On Wednesday, February 12th at 3:00 pm, the theatre will host a press conference where you will be able to ask questions and learn more about the theatre’s plan to fight for its future. We invite media outlets, bloggers, and the larger community to attend.

None of the theatre’s projects will be cancelled. On February 15th and 16th we will premiere the play “Tomorrow”. We hope that this will not be the final opening night on our stage.

If you have any suggestions or questions, please contact the theatre’s Deputy General Manager Irina Bharat at +99893 557-24-71 or irabharat@yandex.ru.” 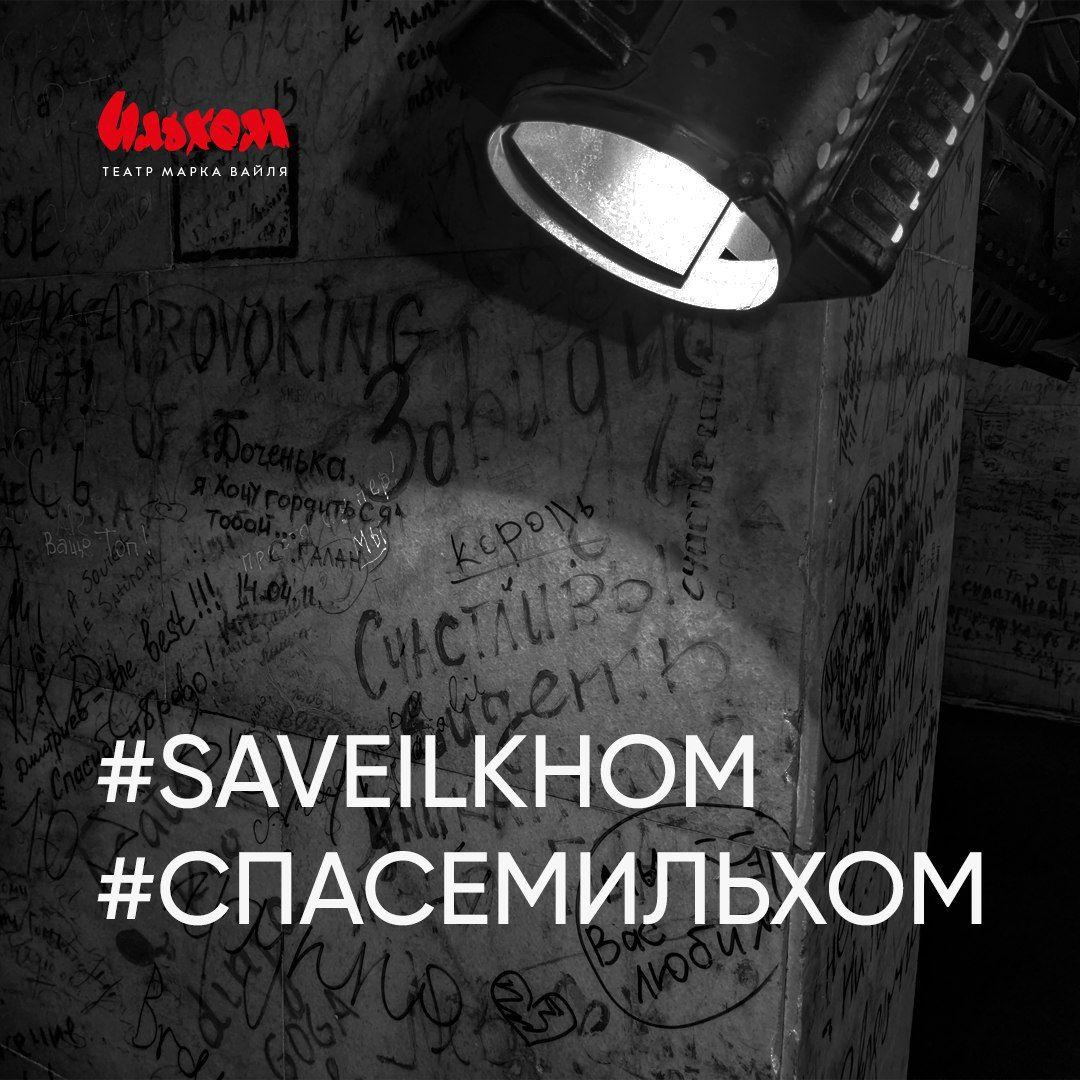 Cultural figures from many countries of the world responded to the team's call for the local and international community to save the theater.

Important update: Massive public support gave its results, and on the very next day, February 11, Ilkhom announced that the theater had managed to defend itself, and it would retain its premises (more).