Timur Nusimbekov, co-founder and head editor of Adamdar/CA, has been in Ukraine since the beginning of August. He was the first Kazakhstani journalist to come to Ukraine after the start of the war. On his Telegram channel, Timur Nusimbekov shares the stories of people he meets, of events, spaces, and life in the midst of an ongoing war. We’re publishing a selection of these stories on our site in the series “Ukrainian Diary”. First entry—from the capital of Poland, where the author’s journey begins.

Sunday. Warsaw. Jetlag. Rain. Drops of rain trickle down from the umbrella and splatter onto the cobblestones. The palace square: a couple dozen men and women in a small huddle under the column of Polish monarch Sigismund III. They stand in a crescent moon. I approach the crescent moon and hear a beautiful, strong female voice. A man in black plays an acoustic guitar, near him is a girl in a gray hoodie. She is without an umbrella and is soaked to the bone. The girl in the gray hoodie sings:

[We are Ukraine!
And we are the right force!
We stand
One for one
Because our love
Is the strongest weapon!]

After the performance, people come up to the girl in the gray hoodie, hugging and thanking her. Some of them can’t hold back their tears. It’s not just about the strength of the music, though. When I looked up the lyrics of this song, I understood—most of these people are from Ukraine. 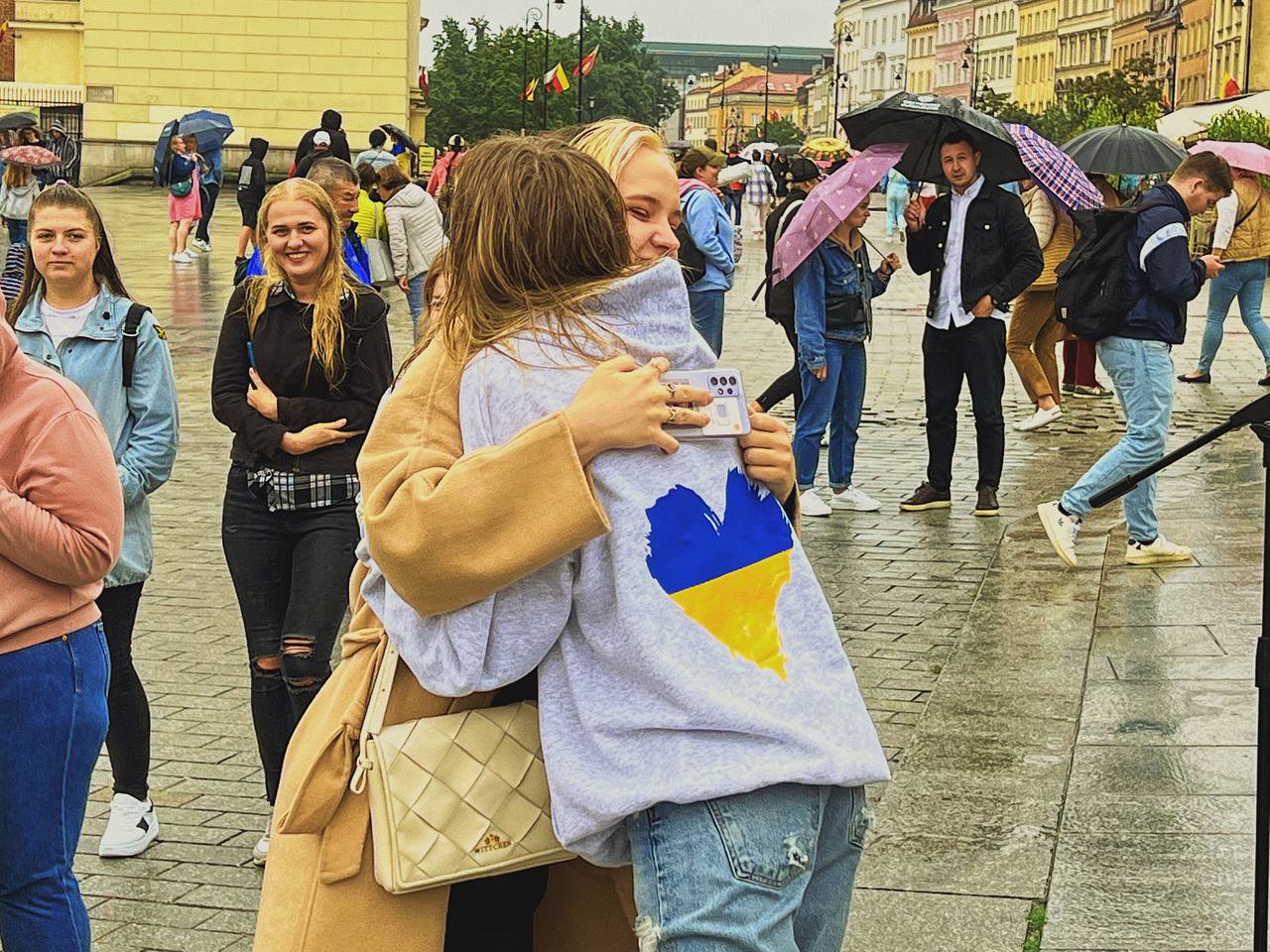 That night, one of the group who had been at the square told me about her life this past six months. Russian soldiers robbed her house, set it on fire, killed some of her neighbors. Her father volunteer-enlisted in the army and is now somewhere on the front, defending his country. She herself travels with volunteers, collecting humanitarian aid. 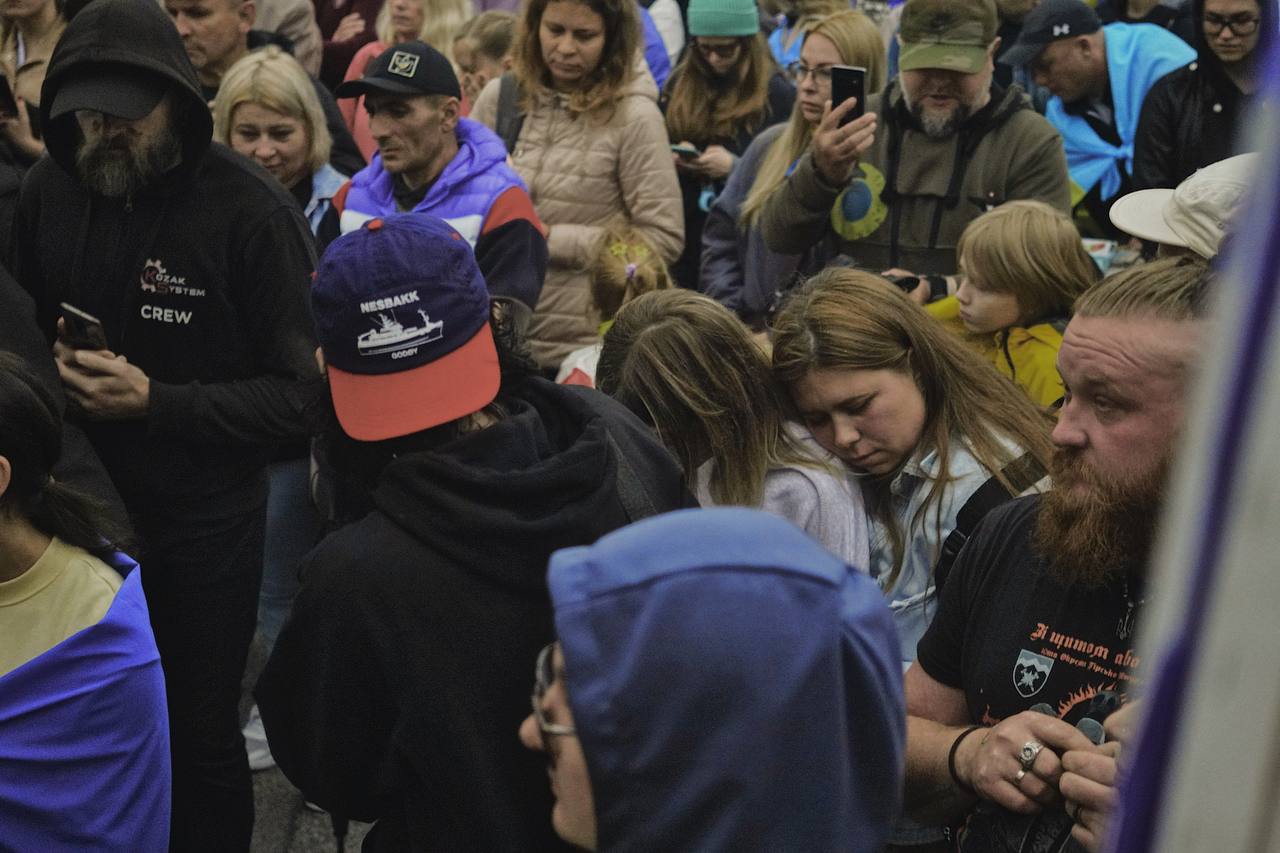 In a few hours, people with yellow-blue banners begin flocking to the palace square. Now it’s not a couple dozen: it’s tens, then hundreds, and soon the entire square is filled with people. 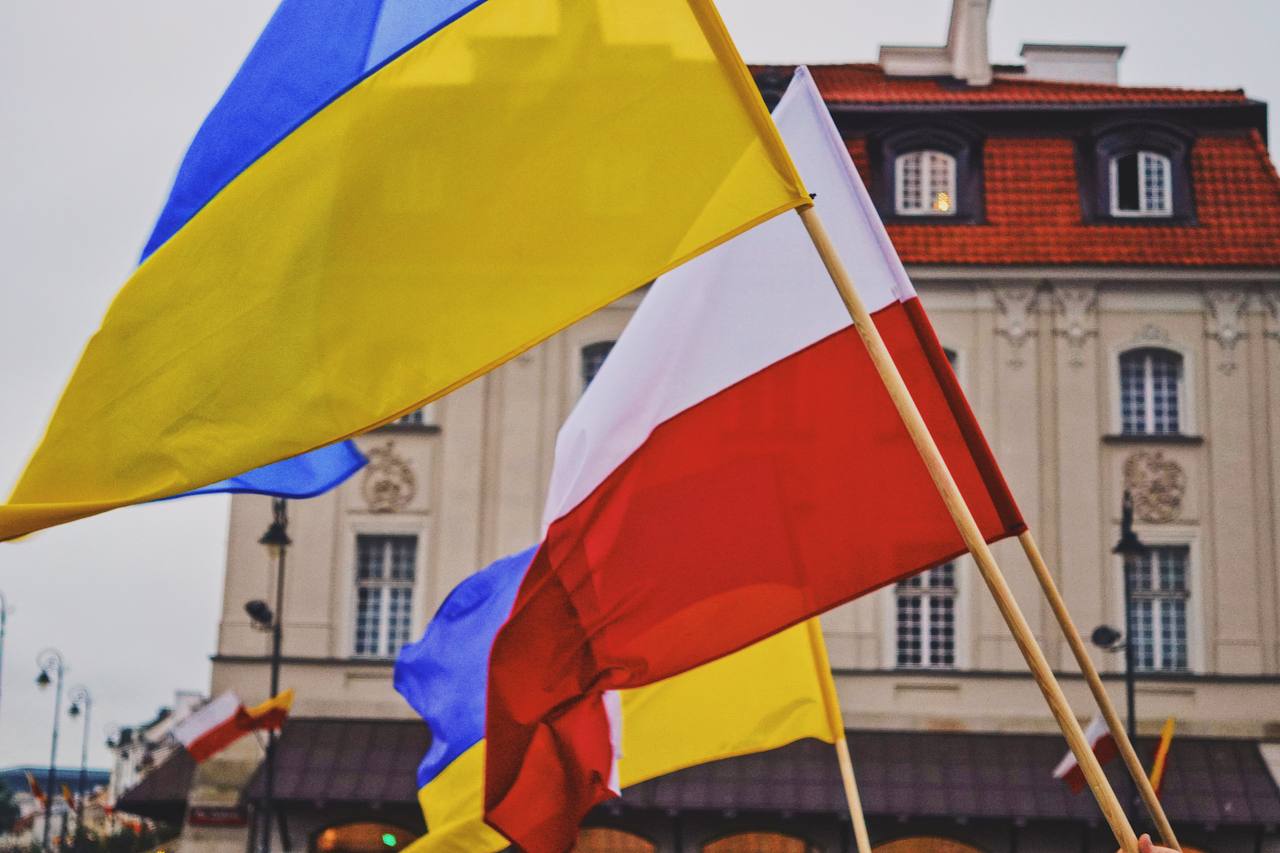 These people are here to commemorate those who died in Ukraine after February 24, as well as those who have died in the last week of July. These people will collect aid for the living, for those who are fighting in the east for Ukraine and for the free world. The next day, along with other musicians and volunteers, the girl in the gray hoodie sets off to a different city to continue collecting aid for an embattled Ukraine. 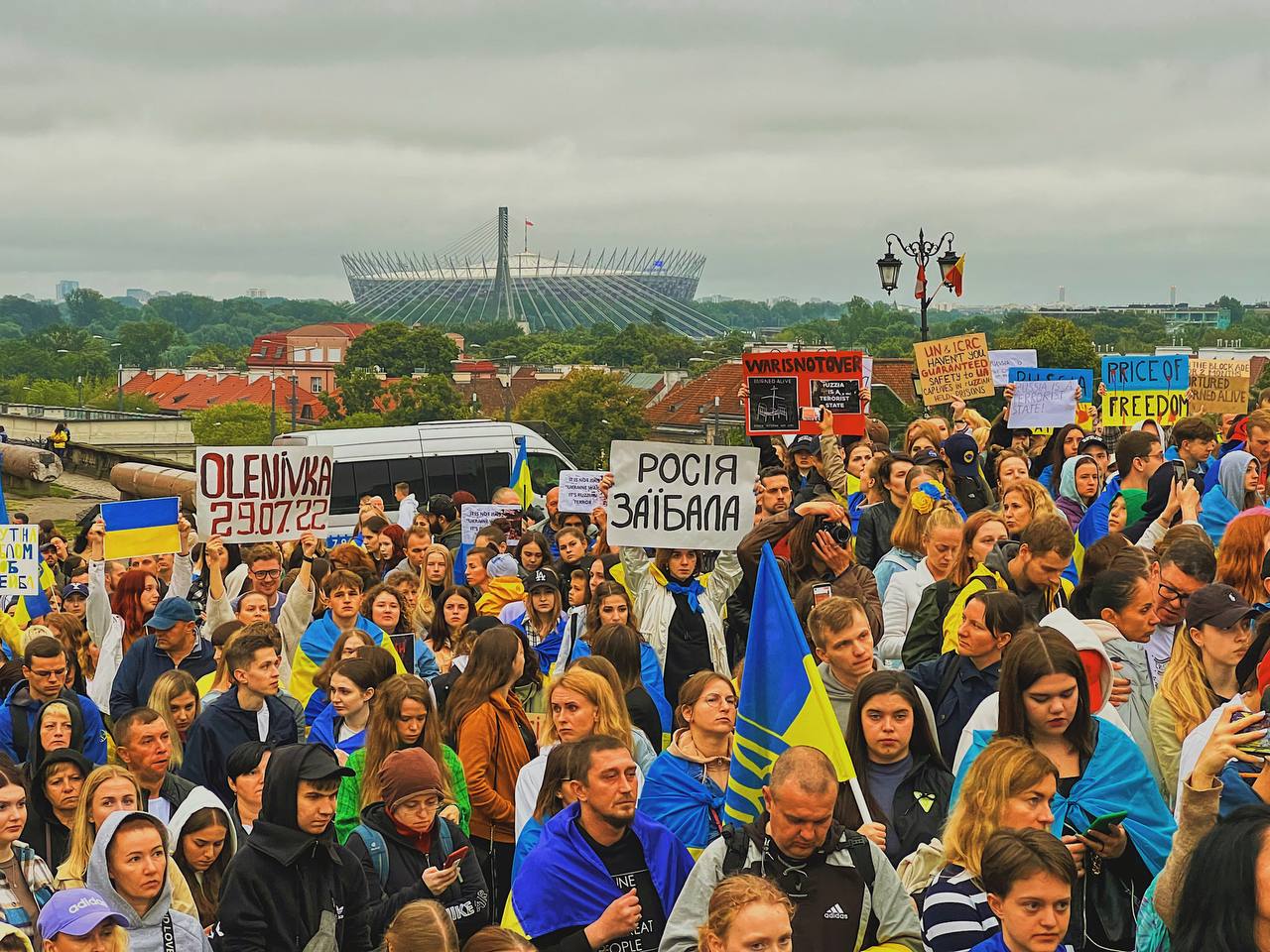 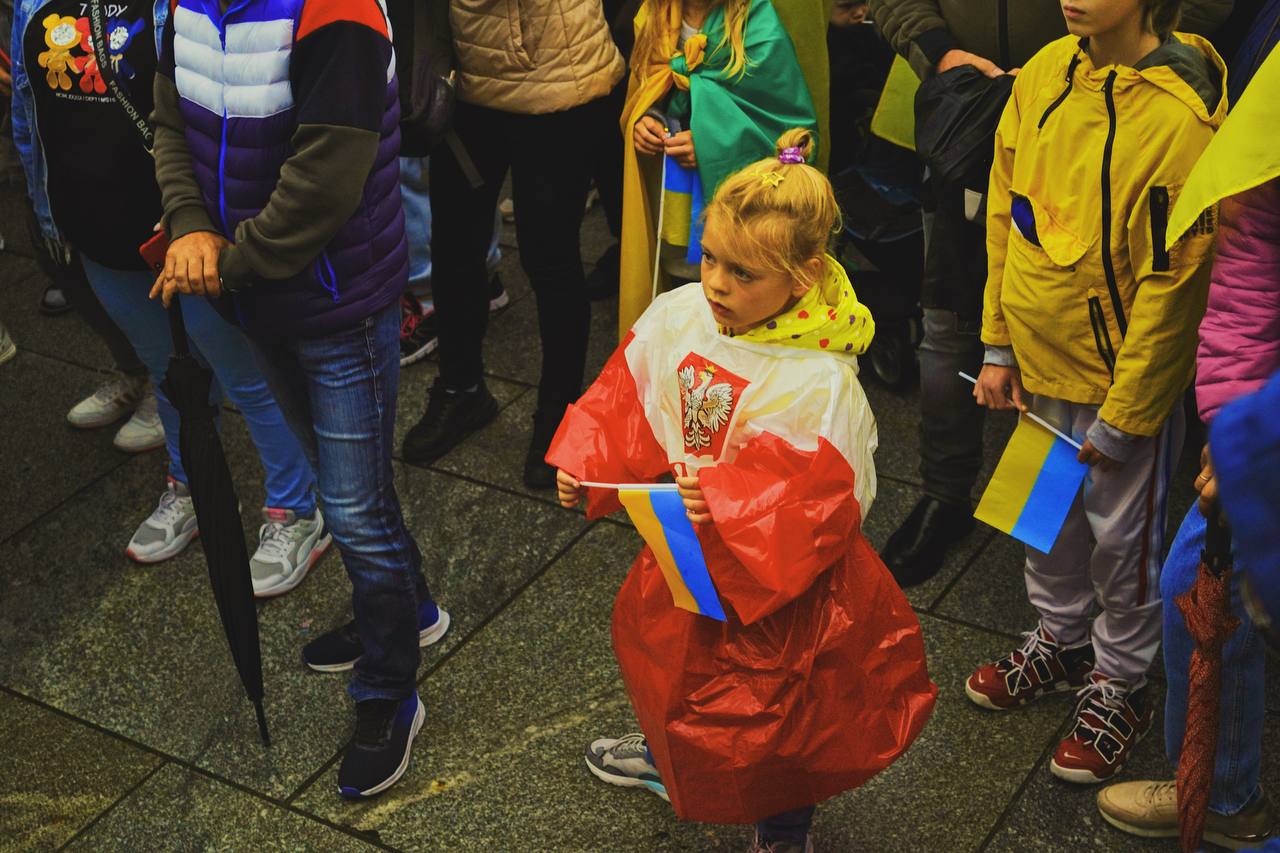