The Party Strikes Back

(a lawsuit in illustrations)

The lawsuit Nur Otan v. Activists has been documented in thousands of photos and hundreds of terabytes of video by activists, journalists, photographers, party comrades, and Almaty’s city court audio/video recording personnel. Given the significant psychological, artistic and historical depth of the Nur Otan v. Activists trial, we decided to capture it not only in text, video and photos, but also using visual art. At the request of Adamdar/CA, the artist and art activist Roman Zakharov depicted key moments and participants in the trial using art tools authorized for the court room, preserving and documenting this moment for history.

• lawyers and representatives of the parties

• Supporters of the plaintiffs: several dozen members of the Nur Otan party and its youth wing “Zhas Otan”, groups of compulsory volunteers, and groups of sleep-deprived students and blasé state employees

• An insignificant number of journalists 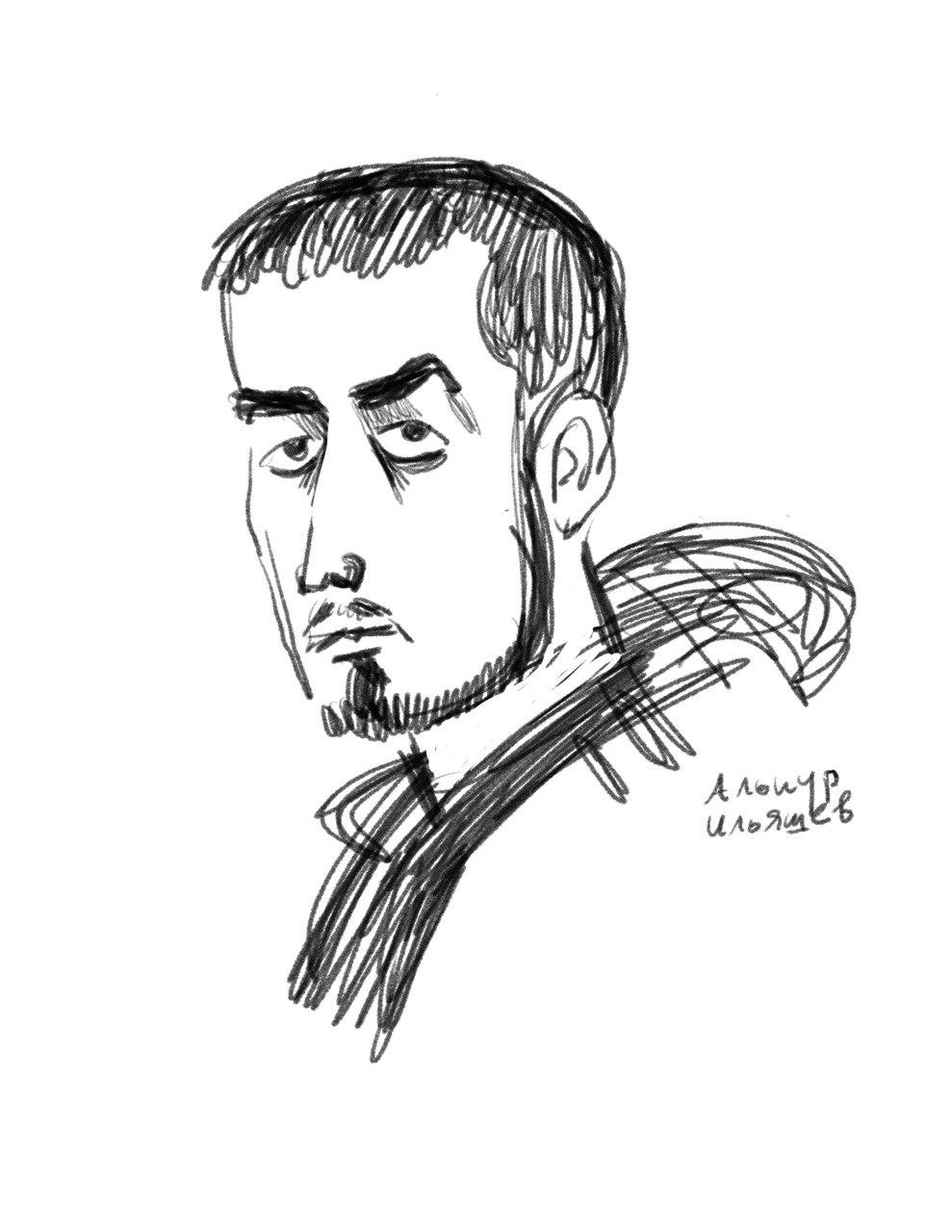 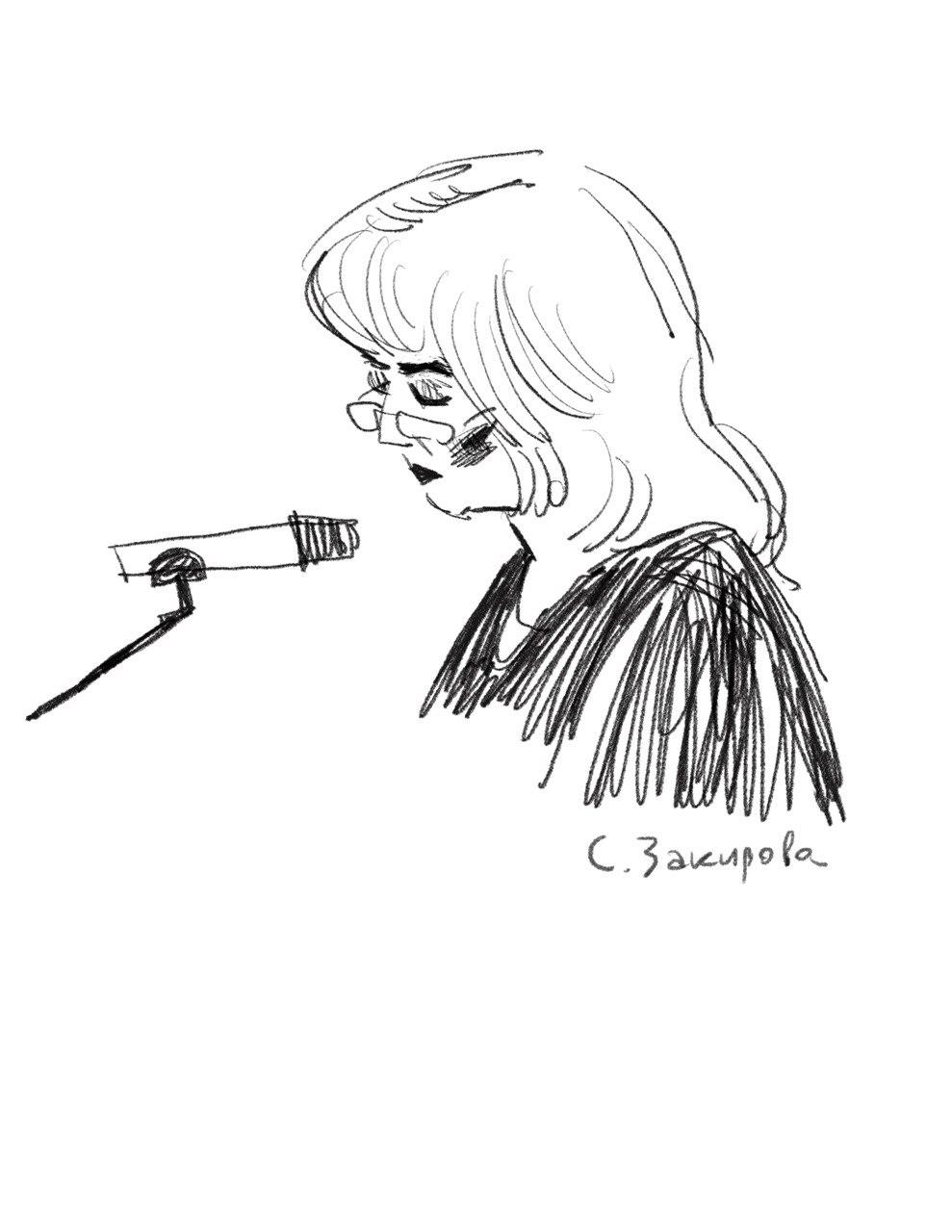 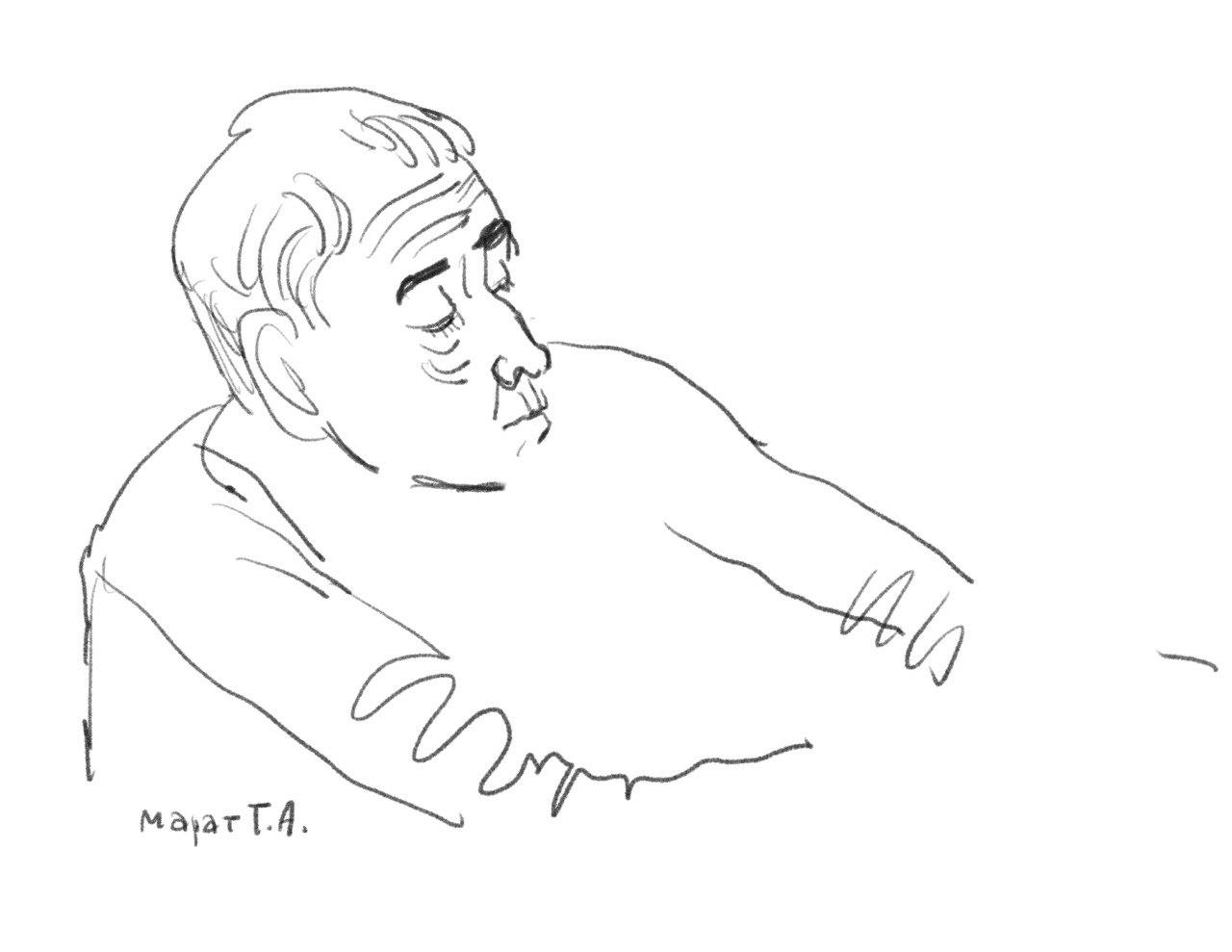 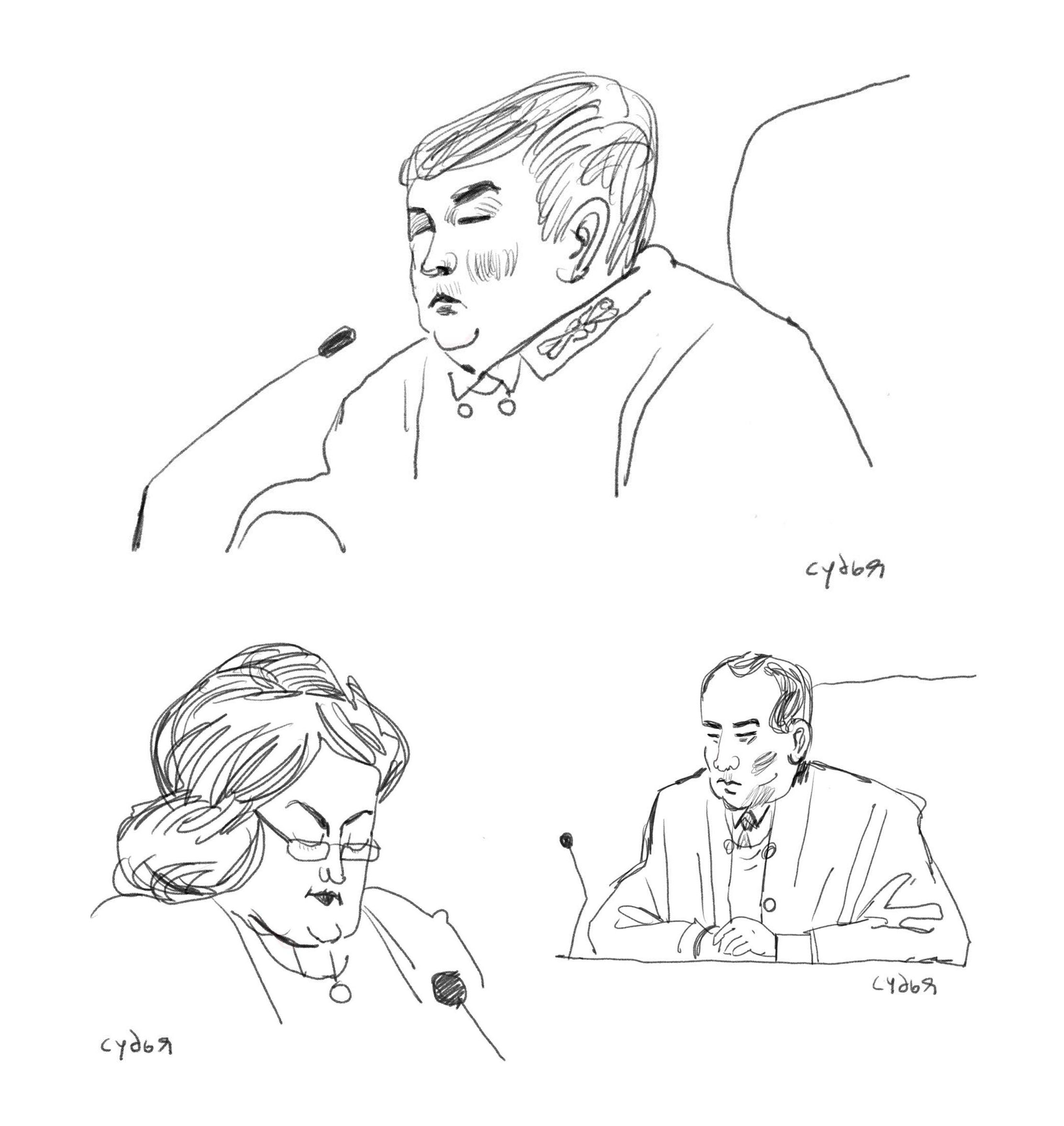 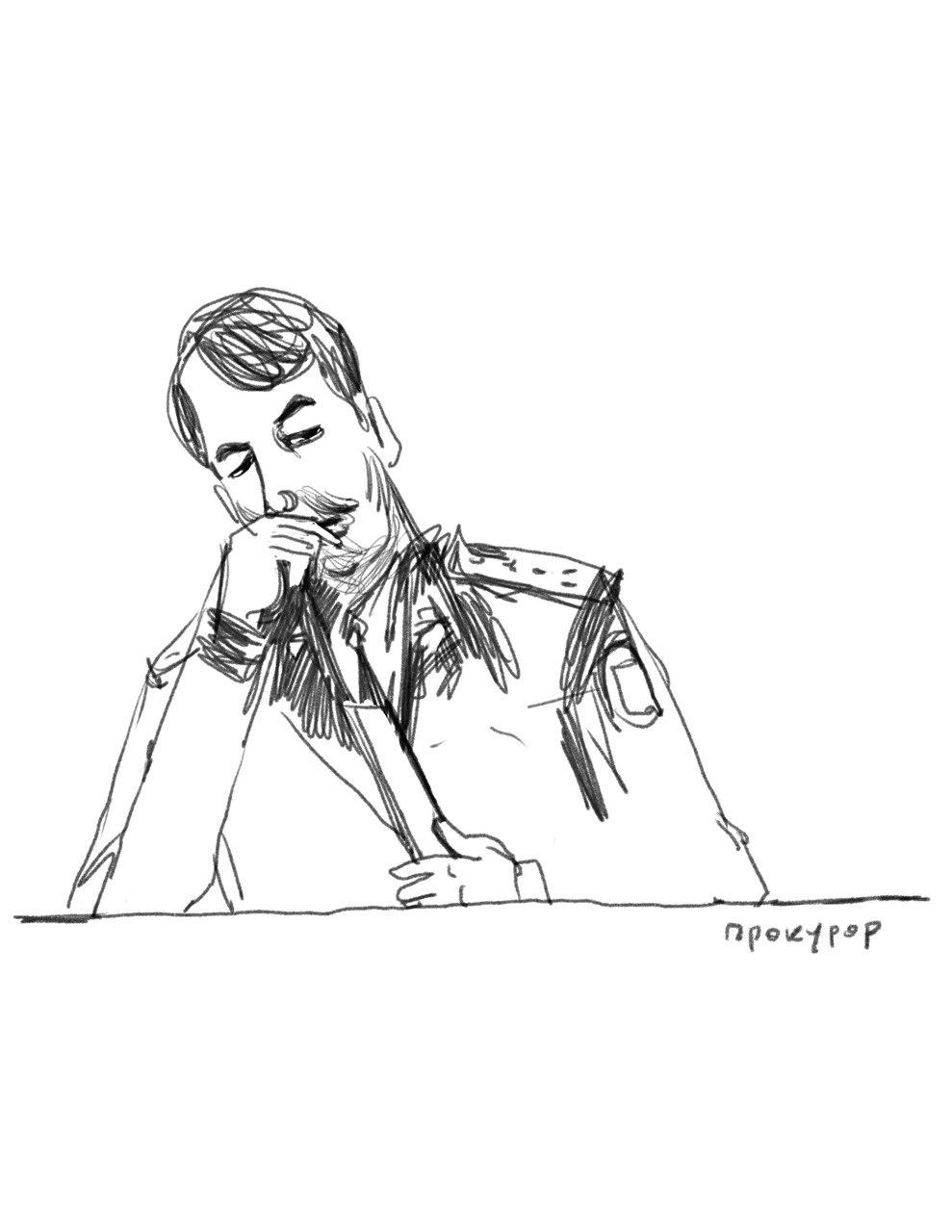 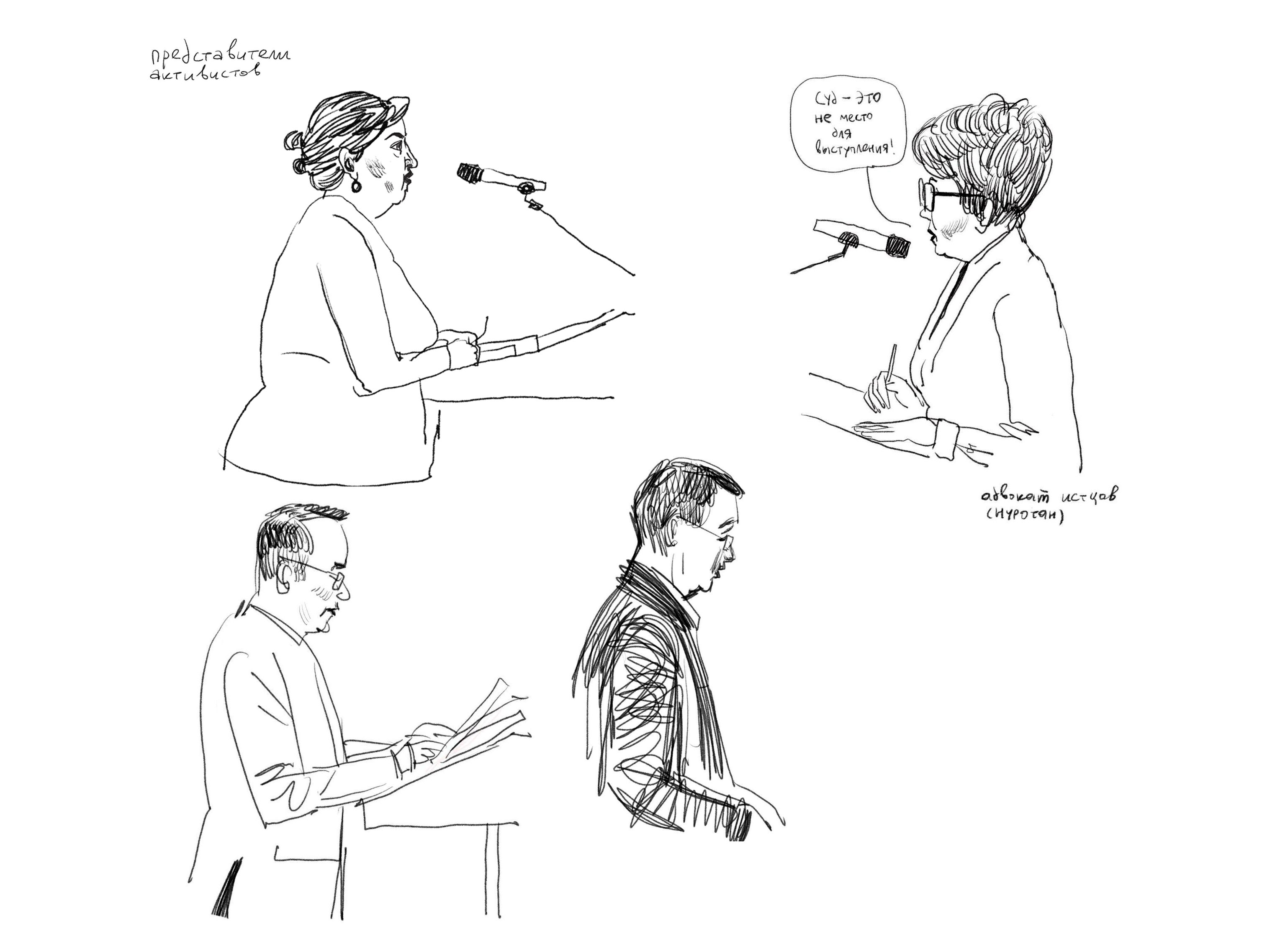 Summary of the plot:
A struggle between representatives of civil society and the party in power in the format of litigation and public debate. 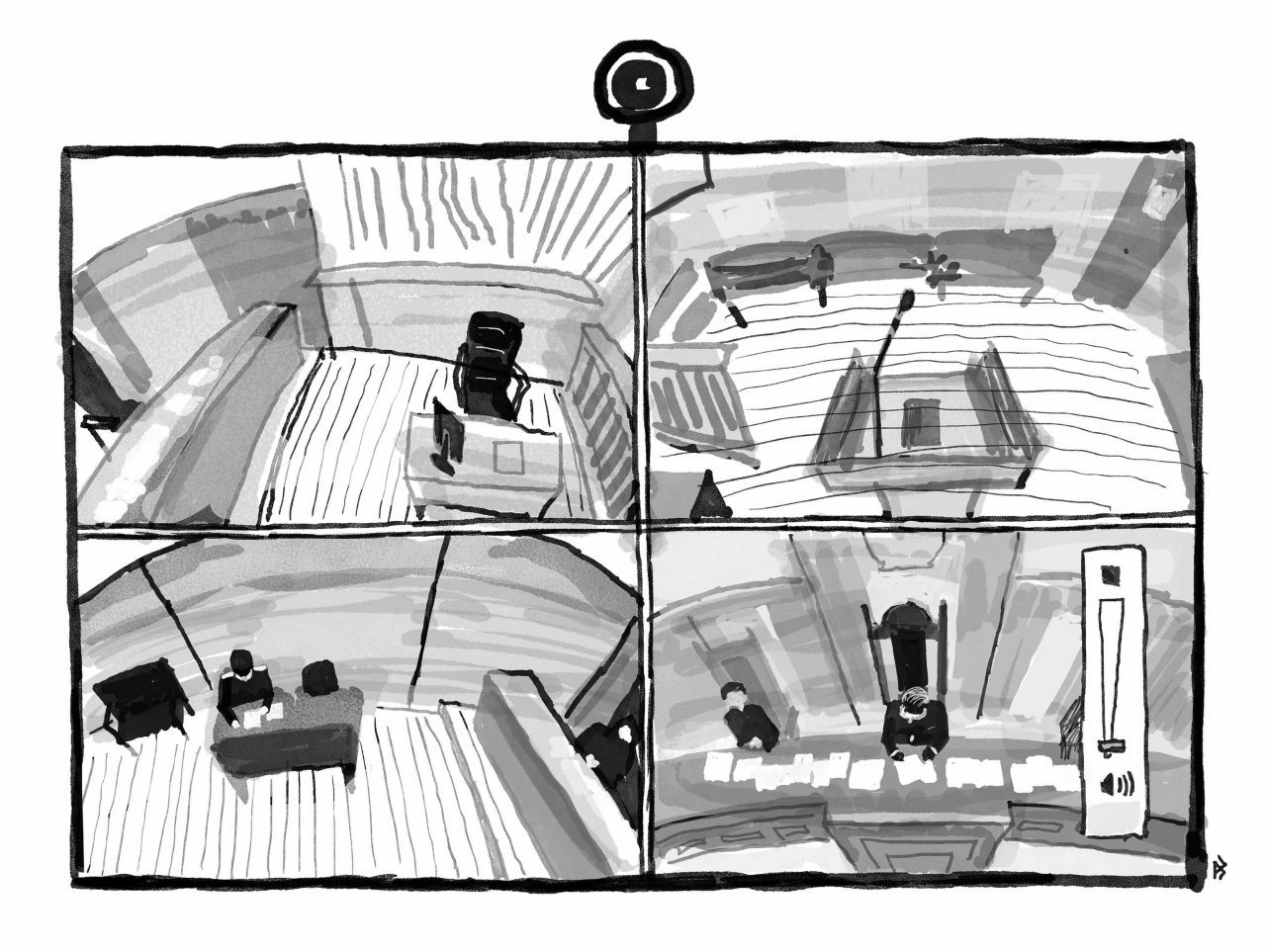 The outcome and decision of this court were predictable. This factors that led to this predictability have been forming in Kazakhstan for years. The leadership and members of Nur Otan have called these years “Stability.” The Soviet-Kazakhstani writer Herold Belger called these years Stagnation. 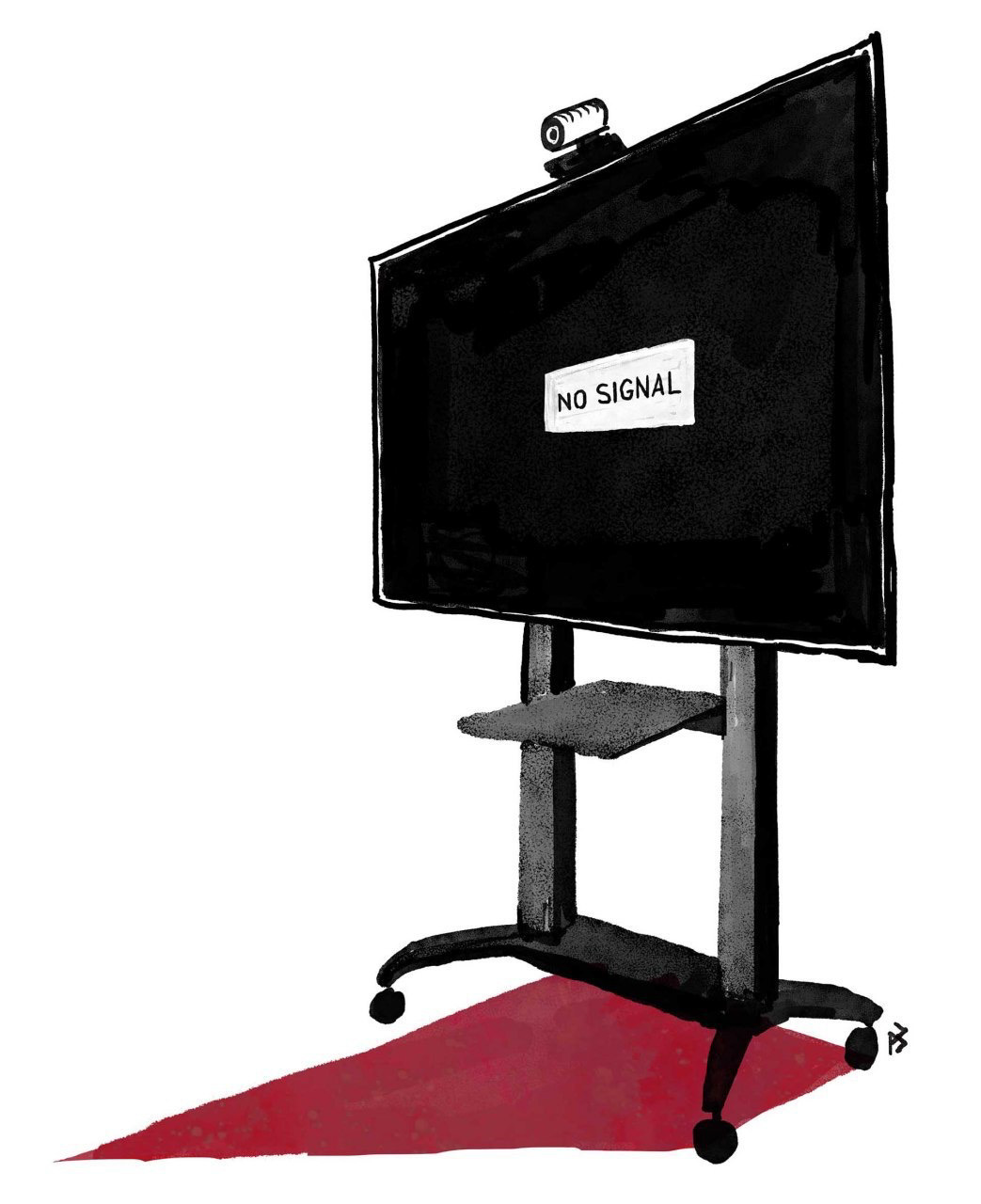 The Nur Otan v. Activists trial this January in Almaty City Court was no exception. It was obvious that it would conclude with the tired, hackneyed scenario with which everyone was familiar. There would be no intrigue, no suspense, and no surprises. 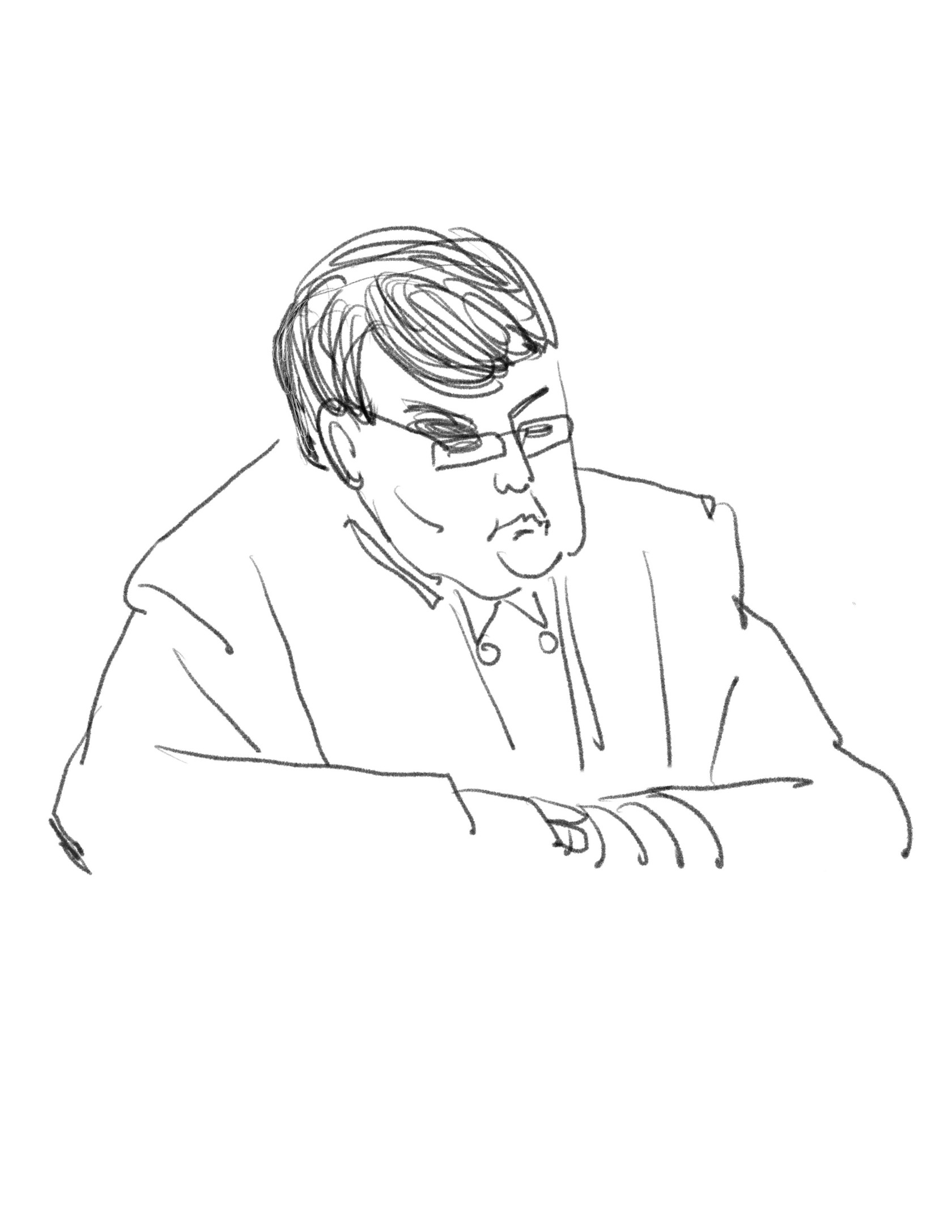 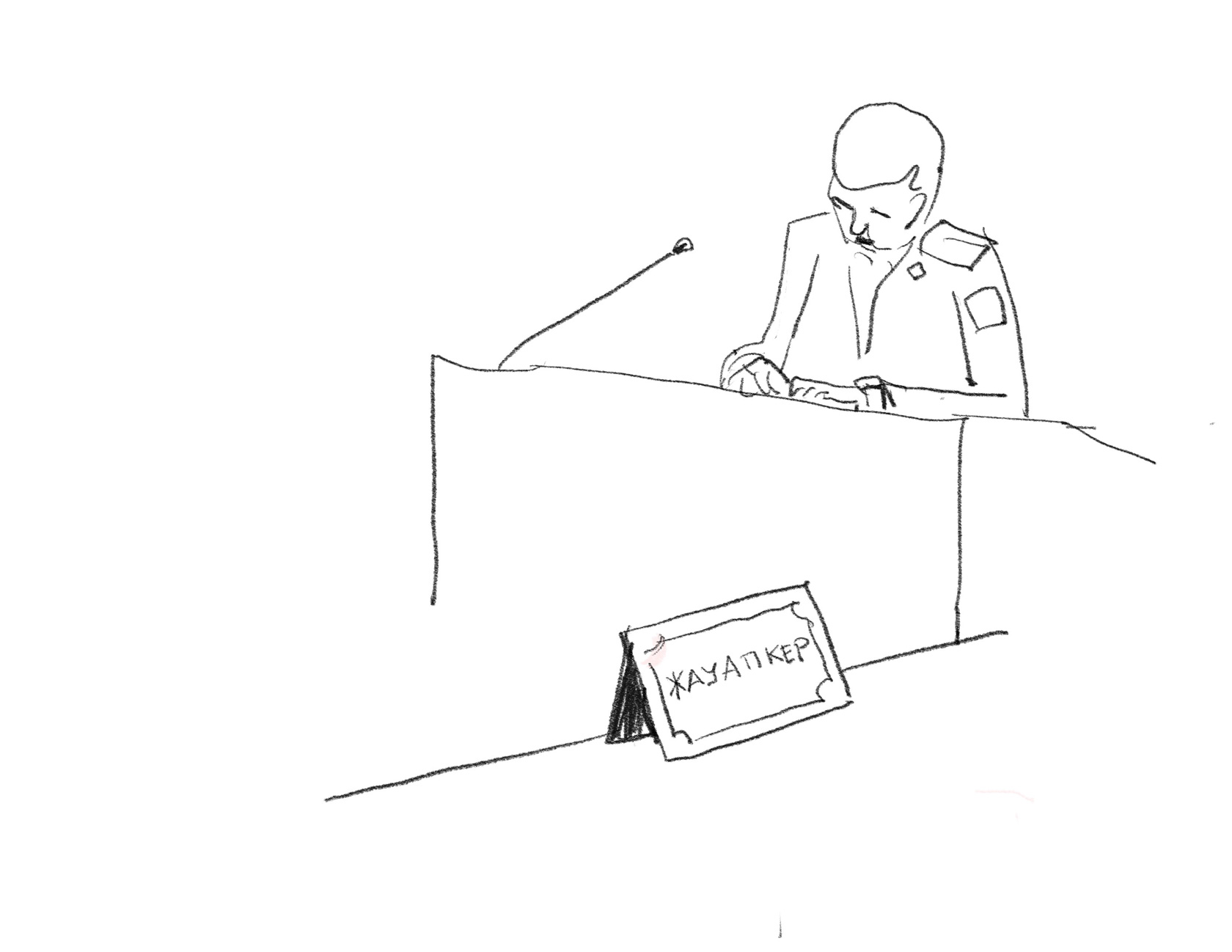 Everyone — the plaintiffs, the defendants, the lawyers and representatives of both parties, the three judges and one prosecutor — knew in advance what decision would be made. Activists and journalists who were denied entry into the courtroom by the police and bailiffs guessed what decision the court would make. 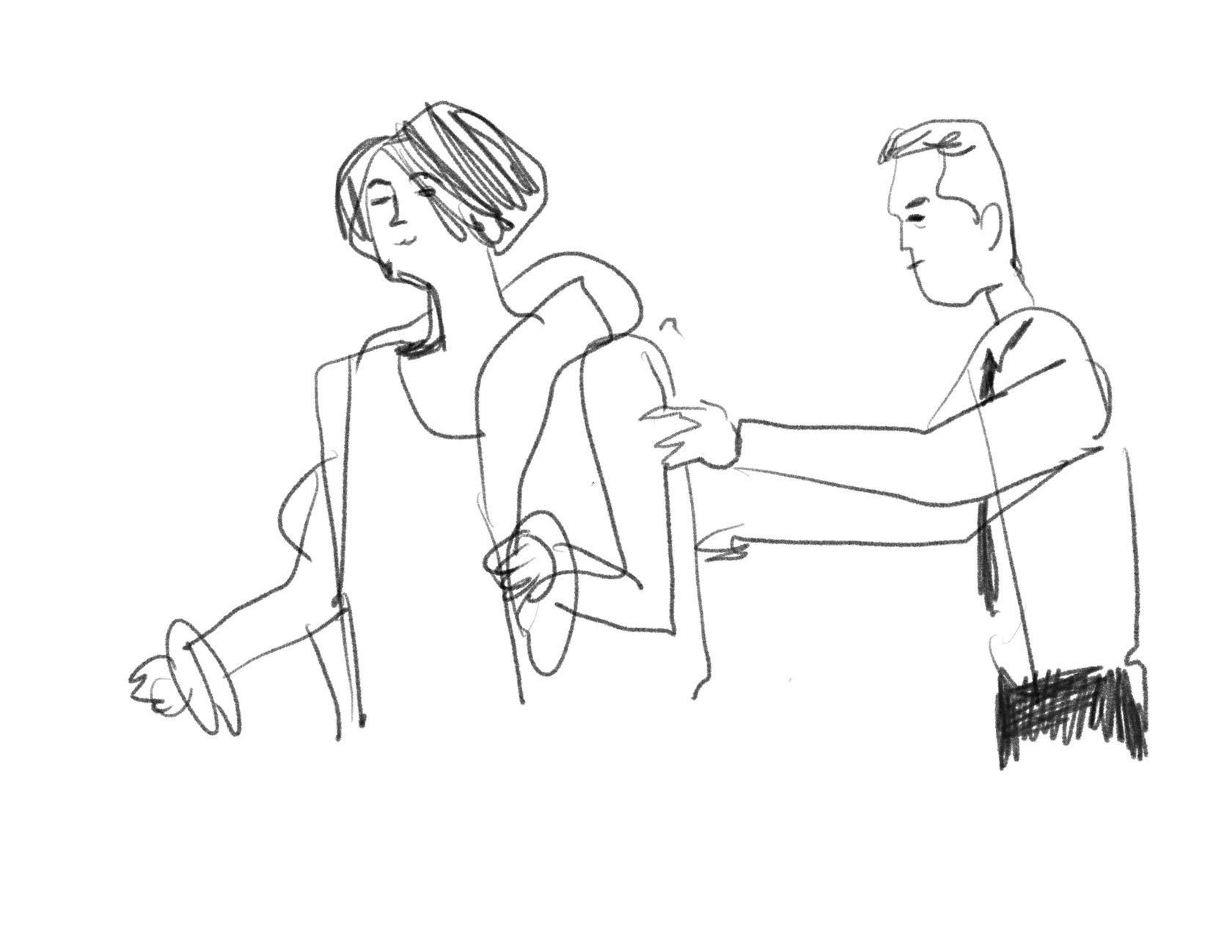 “Your children will be like us. And if we fail, they’ll succeed!” activists chanted in unison. “Let us in!” they shouted in the streets and in the narrow corridors, but the doors of the court, the police, and the SOBR offices remained closed. 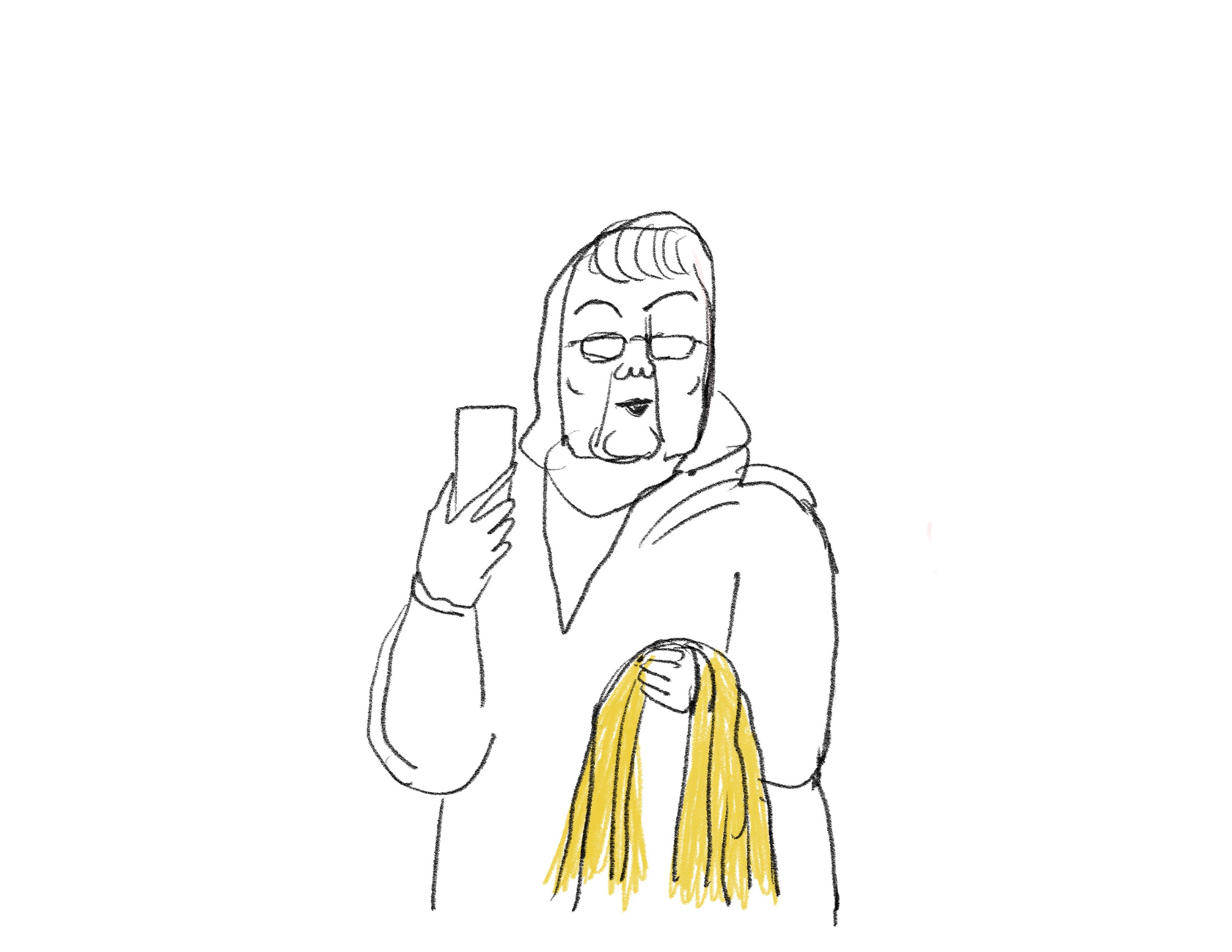 Nur Otan’s entourage — sleep-deprived students and tired state employees who, according to the old Bolshevik tradition, had been herded into to the courtroom beforehand — knew what the court decision would be.

“Mutual responsibility smears like soot.
I take someone’s hand, but feel an elbow...
Chained together with one chain, tied together by one goal”

The poet and songwriter Ilya Kormiltsev wrote the above lyrics about this tradition and its slaves in 1986, the year of Chernobyl and of Zheltoksan. They are no less relevant today.

A typical court. A predictable solution. Ordinary Nur Otan-ism. But nevertheless, the trial “on insulting the honor, dignity and business reputation of the Nur Otan party” cannot be called ordinary. It became one of the most emotional and dystopian in history of modern Kazakhstan. One side’s post-truth clashed with the others’ post-irony and furious post-modernism. In the stuffy, unventilated courtroom, discussions about the presence or absence of honor and dignity in the party suddenly transformed into heated debates about the president’s cult of personality, extremism, and the many years of human rights violations. 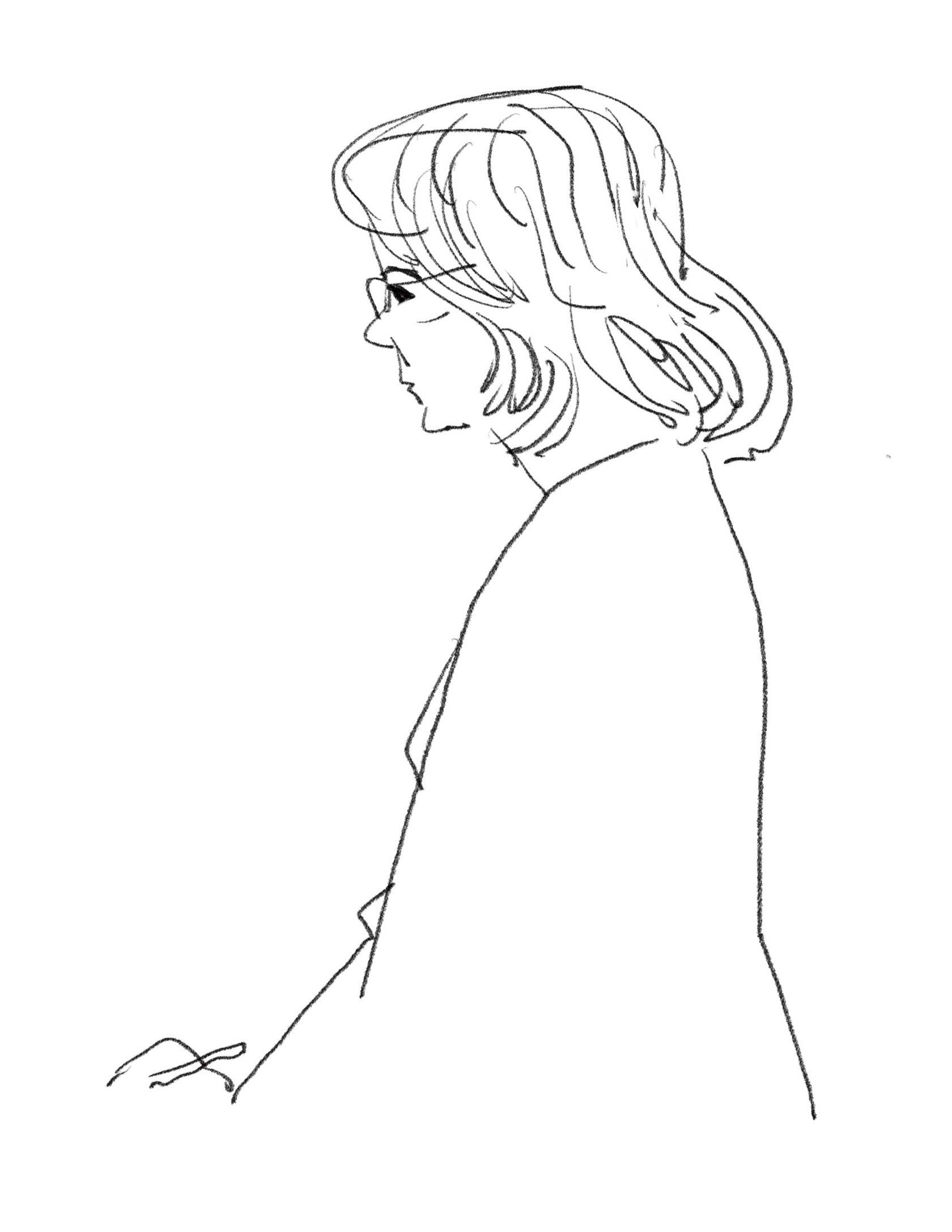 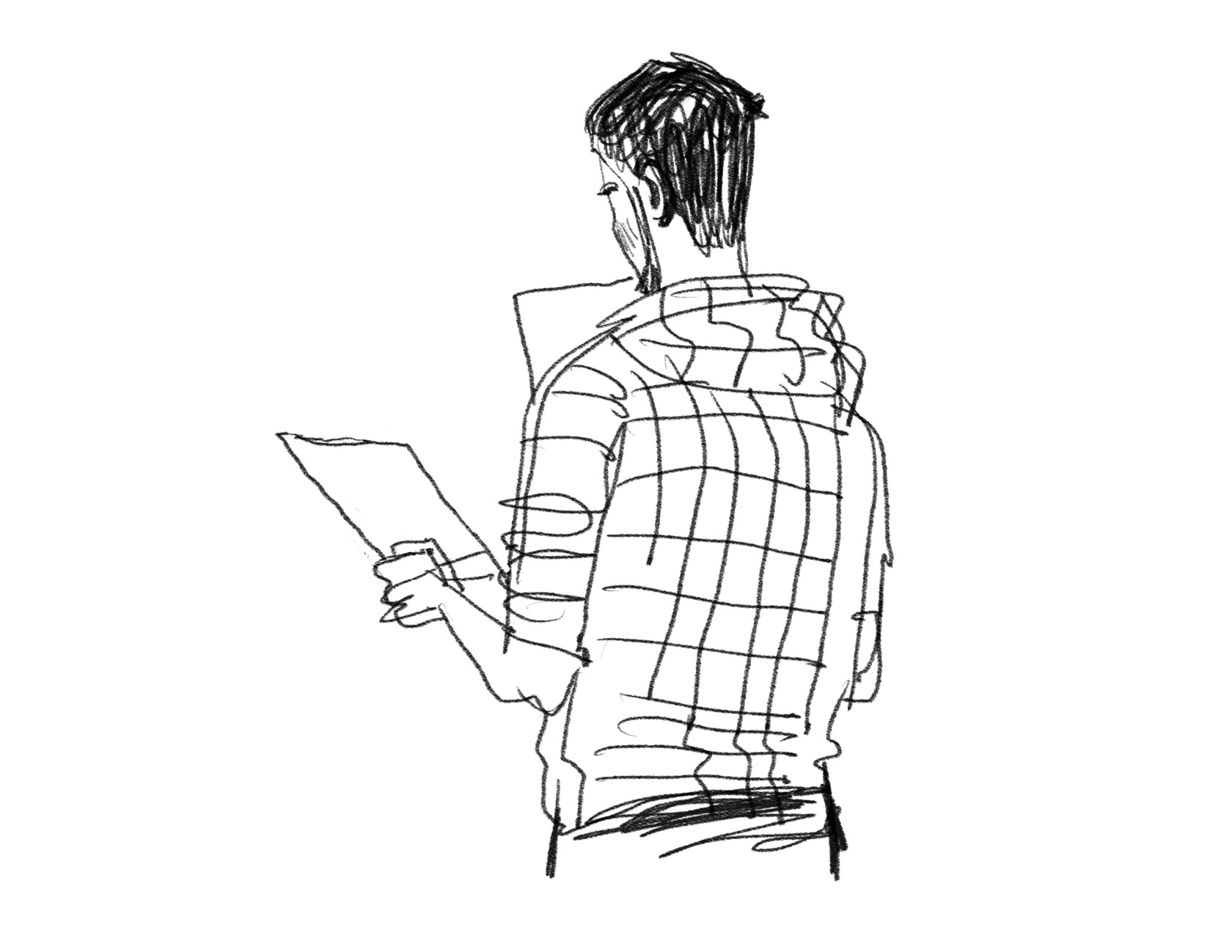 Defendants, activists, and other citizens voiced their thoughts in the courtroom, often referring to the historical significance this court case would have in the future. They repeatedly spoke about the culpability of the Nur Otan party, its leadership, and its members in the face of history. Throughout the entire process, citizens in the corridors of the courtroom and in adjacent spaced discussed well-known cases from the history of Kazakhstan and the world: prosecutions and lawsuits against other activists, repression against opposition parties, prosecution and torture of political prisoners, illegitimate elections and the shooting of citizens at Zhanaozen in December 2011. Defendant Alnur Ilyashev repeatedly constructed metaphorical parallels and asked those present not to forget about the path and historical outcome of the Nazi party of Germany and its führer Adolf Hitler. 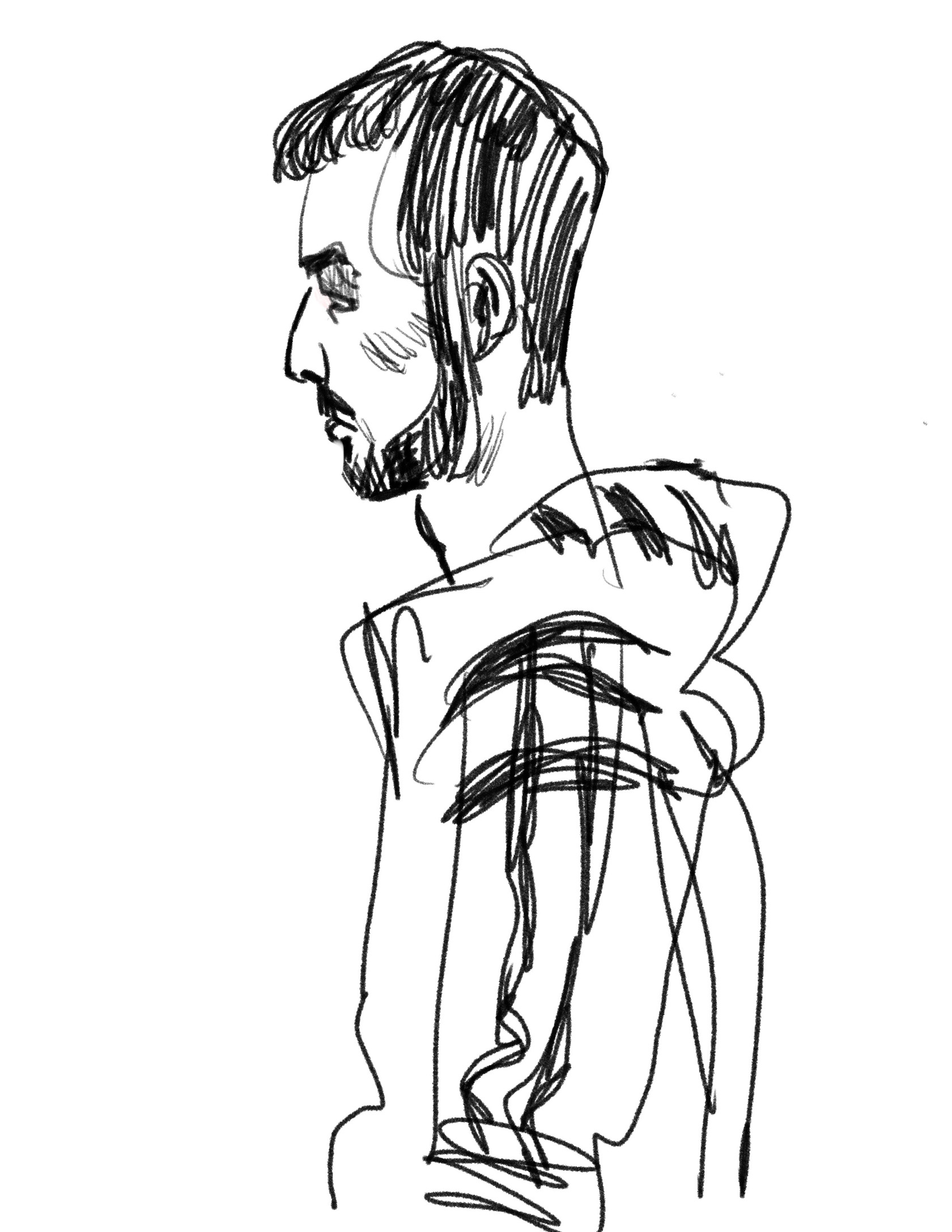 The court’s decision did not take anyone by surprise. Three heroes silently watched the process from their portraits which were mounted on the courtroom walls: Tole Bi, Aiteke Bi and Kazybek Bi.

Nur Otan’s entourage of students and state employees began to timidly leave the courtroom even before the verdict was announced. However, they didn’t immediately manage to exit to the street. In the corridors of the courthouse, activists organized a spontaneous educational and human rights “festival”, reading from the Constitution to the outgoing Nur Otanians and talking about the dangers of corruption and the party’s responsibility to the people of Kazakhstan. SOBR units entered the courthouse and organized a pathway for the emergency evacuation of the Party supporters. Activists continued to read from the Constitution. 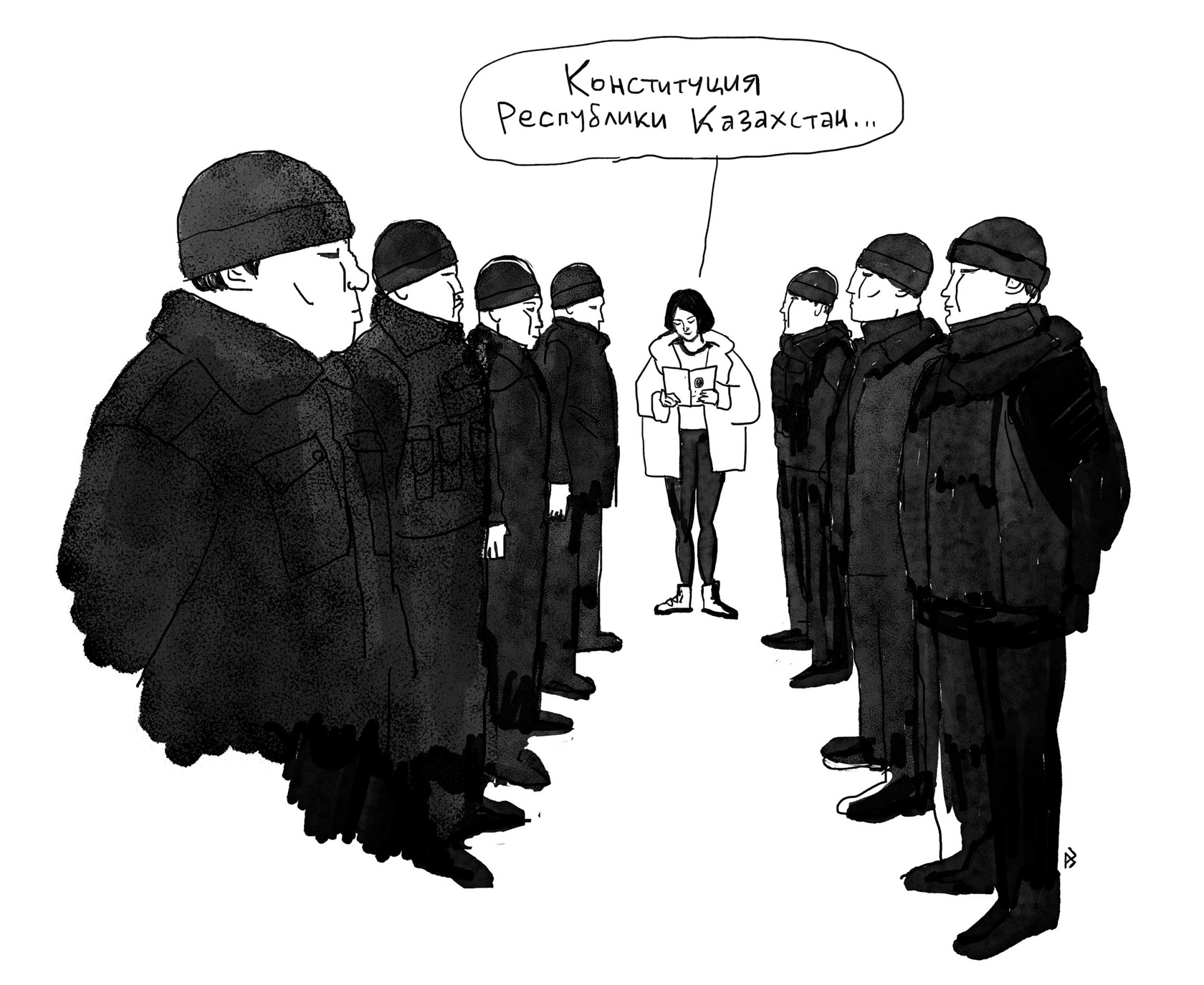 After the anticipated ruling, all parties began to depart. Alnur Ilyashev shouted his favorite phrase while leaving the stuffy courtroom: “God and the Constitution are with us!” But God and the Constitution were not the only ones with him: dozens of citizens stood in the corridors of the court and on Kazybek Bi street. These were mostly youth: civic and eco-activists, young artists, musicians and cinematographers, anarcho-feminists with dreadlocks and indie rockers in black jackets, members of Oyan Qazaqstan and defenders of Kok-Zhailau. Many of them had only in recent years and months learned about police who don’t actually serve their people, illegitimate elections, and courts with predictable sentences.

A chorus of dozens of citizens screamed after the outgoing Party members in Kazakh and Russian: “Nur Otan is corrupt!”, “Nur Otan has no shame!” On the street, the party members were escorted with the words “Nur Otan, go away!” Nur Otanians, as if obeying these words, quickly vacated the court and Kazybek Bi street. Activists gathered in a circle in front of the courthouse. Guitars played.

In 2019, at the courts, at the police departments, at the special detention center on Lobachevsky Street, on Panfilov and Kabanbai Batyr streets, the youth sang Change by the band KINO, I am dying in Nur-Sultan by Opia and the first national anthem of Kazakhstan...

On the evening of January 24, 2020, they sang another song, bathed in the yellow, red, and blue stripes from the somnolent courthouse and the flashing sirens from several police cars lined up around the court. They sang Victor Tsoi’s song We'll Take it From Here” [дальше действовать будем мы]:

We want to see farther than the windows of the house opposite
We want to live; we are tenacious, like cats.
And so we came to declare our rights: “Yes!”
Do you hear the rustle of cloaks - this is us...

We were born in cramped apartments in new neighborhoods,
We lost our innocence in battles over love.
The clothes you sewed for us have already become cramped
And so we have come to tell you about what's next ...

We'll take it from here!

A trial in the format of a classic photo story is available here.